First ever 24hour livestream game show named #24RIDE announced the launch of new Mercedes-Benz A-Class. 12 civil riders drove 20 influencers through 9 cities while getting tasks from the mission control center. Anyone could join this trip because the car and all stops were wired with cameras and broadcasted to Youtube&FB. Viewers of the livestream won one of the 200 prizes and of course the new A-Class. KPIs: reach of 400k people, target audience of 25-34 yo., NPS of X, increase audience of client’s social. The project’s goal was to attract the 25-34yo demographic and get them to see Mercedes in a different light, draw the attention of social media users, and generate traffic & authentic content for the client’s social media profiles. Because A-Class is the access point to the Mercedes-Benz portfolio (cheapest, but with the newest technology package) for new MB customers, it needed to be funky & sexy for a young audience, who often see MB as a conservative brand for senior professionals.

Typical new car ads involve shots of the car and a few happy people. We came up with a completely new format. A 24-hour road show all around the country and livestreamed on the client’s social media (FB & YT). People could join in at any time, from anywhere, on any device. The car has multiple drivers and passengers, all well-known figures, including a scientist, actor, singer, YouTuber, economist, and presidential candidate. The driver/passenger teams have to visit various places and perform tasks, to make thigs more interesting for those following along on social media. Throughout the trip, everyone in the new car uses its features and shows how they work in real time. We also had to livestream from the car so that it would work no matter what they were doing or how fast they were going, so that viewers could connect and follow along anytime, anywhere – at home, at work, on the road. Livestreaming is currently the most effective way of reaching the targeted demographic.

EXECUTION: The extreme commitment of the 24h format commands attention. Two moderators broadcast non-stop, so people like checking back to see what they missed. During the broadcast we were also busy editing a “best of” every two hours and for every team, which we ran when the livestream was quiet. Drivers and celebrities who finished their stint in the car took turns in the Mission Control Center giving interviews on the challenges they faced, like giving first aid to a famous actor, a photo shoot for the car with a model, looking for clues in the zombie forest, meeting students before school, car karaoke, bungee jumping from the highest bridge in CR and racing an airplane. The new A-Class has a voice system that can control different functions in the car, so our teams talked to the car and tried to outwit the AI. We drove the planned route several times before the live broadcast, sending drones up to get breathtaking views highlighting iconic locations and scenery from around the country. First we had to work out the technical details for livestreaming from a moving vehicle, since mobile networks are not designed for speeds over 80 km/h. The key aspect – and also the most difficult – was making sure that the extremely long broadcast from a moving vehicle traveling to different parts of the country with different levels of coverage did not get interrupted by signal outages or other unexpected events. We assembled a device using 14 SIM cards balancing out most of the signal drops throughout the countryside. Streaming from a moving car on the highway or racing circuit was certainly a unique experience for us. We also had to put together a production team, studio and people able to work for more than 24 hours straight in the mission control center and also at every planned stop on the road trip.

The 25-34 demographic is all about the present moment and experiences that will never repeat. They also appreciate real-time shows and the credible influencers they love. Another important element is choosing attractive locations around the country and setting up unusual tasks for the teams to complete. We chose our influencers from a wide range of professions, while drivers were all “ordinary people” with a strong story, to make sure the car didn’t seem like a toy for the elites. The strategy outlined above ensured that in the end, nearly 70% of followers came from the 25-34 target demographic. The project falls under several categories that build and draw on each other. It is an event, road show, livestream show, game show and launch. The goal was to maximize the online audience actively involved in at least part of this road trip with our protagonists. That was why we engaged all social media channels and created native content that FB and YT algorithms will naturally support with no additional financial investment. Social media currently promotes livestreams, and our target group loves them. This category also has no significant competition, and most foreign content has low production values and poor quality overall. Viewers often checked in with the livestream multiple times. It started during social prime time on Sunday at sunset, which we used as a time marker. It then continued into Monday, when people are least happy to be at work and are looking for escape in the form of short breaks for social interactions.

The world A-Class campaign claimed “I am #justlikeyou” and the #24RIDE livestream game show fulfilled that claim throughout the concept. A wide variety of people entered the first-ever car with a voice-enabled system, adjusting it to their needs, and spent quite some time driving, chatting, racing, laughing and exploring the technological innovations the A-Class brought into the game. 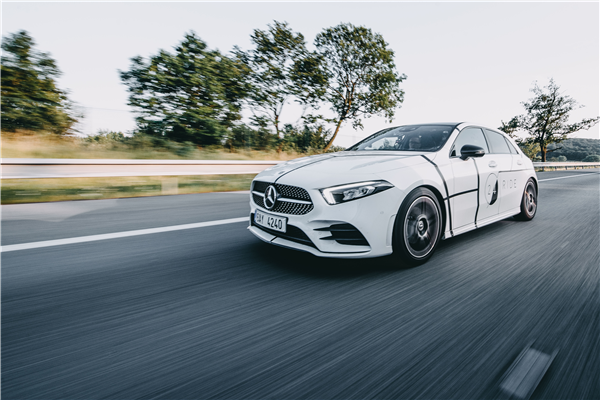 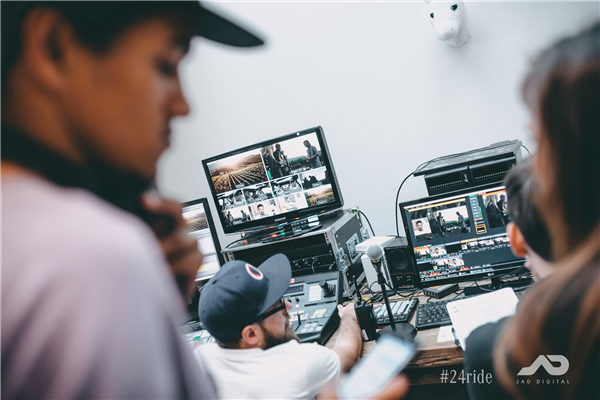 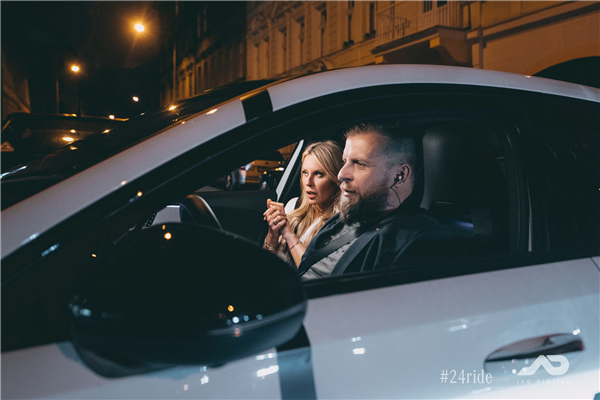 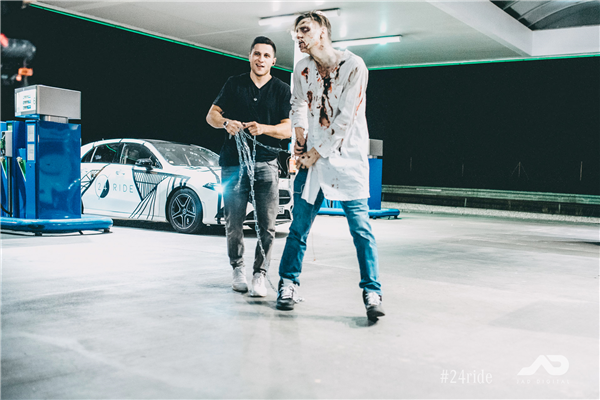 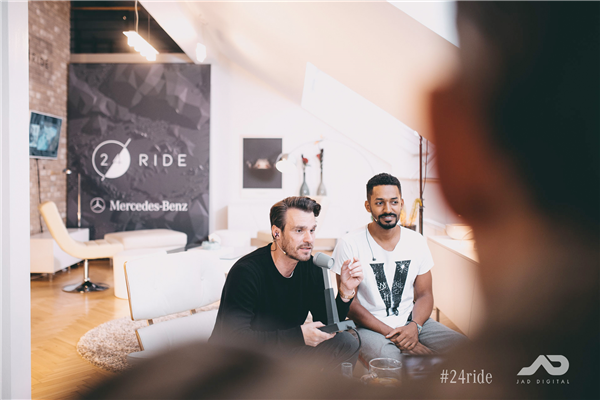 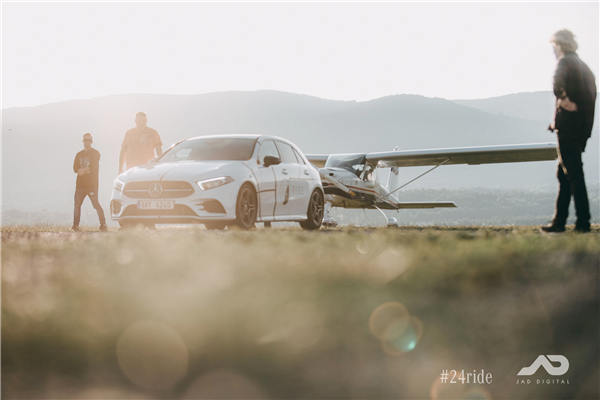 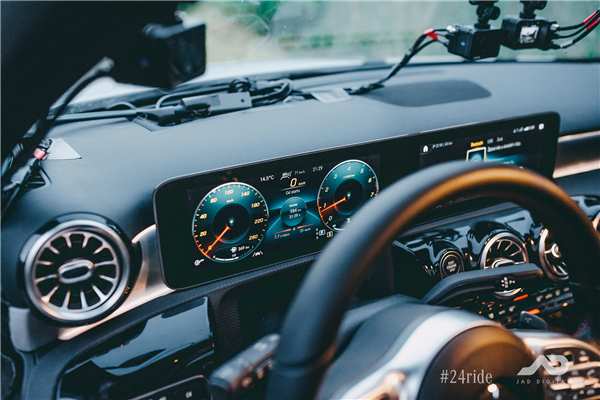 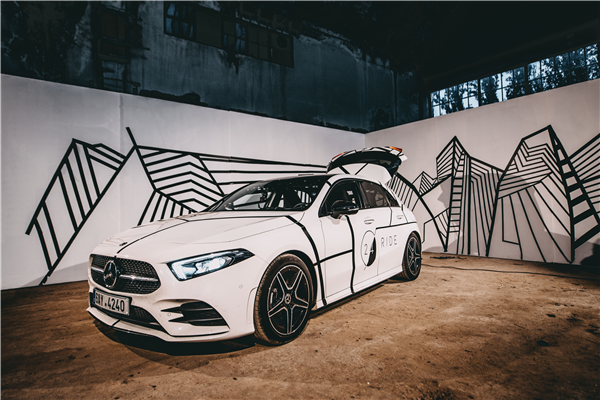